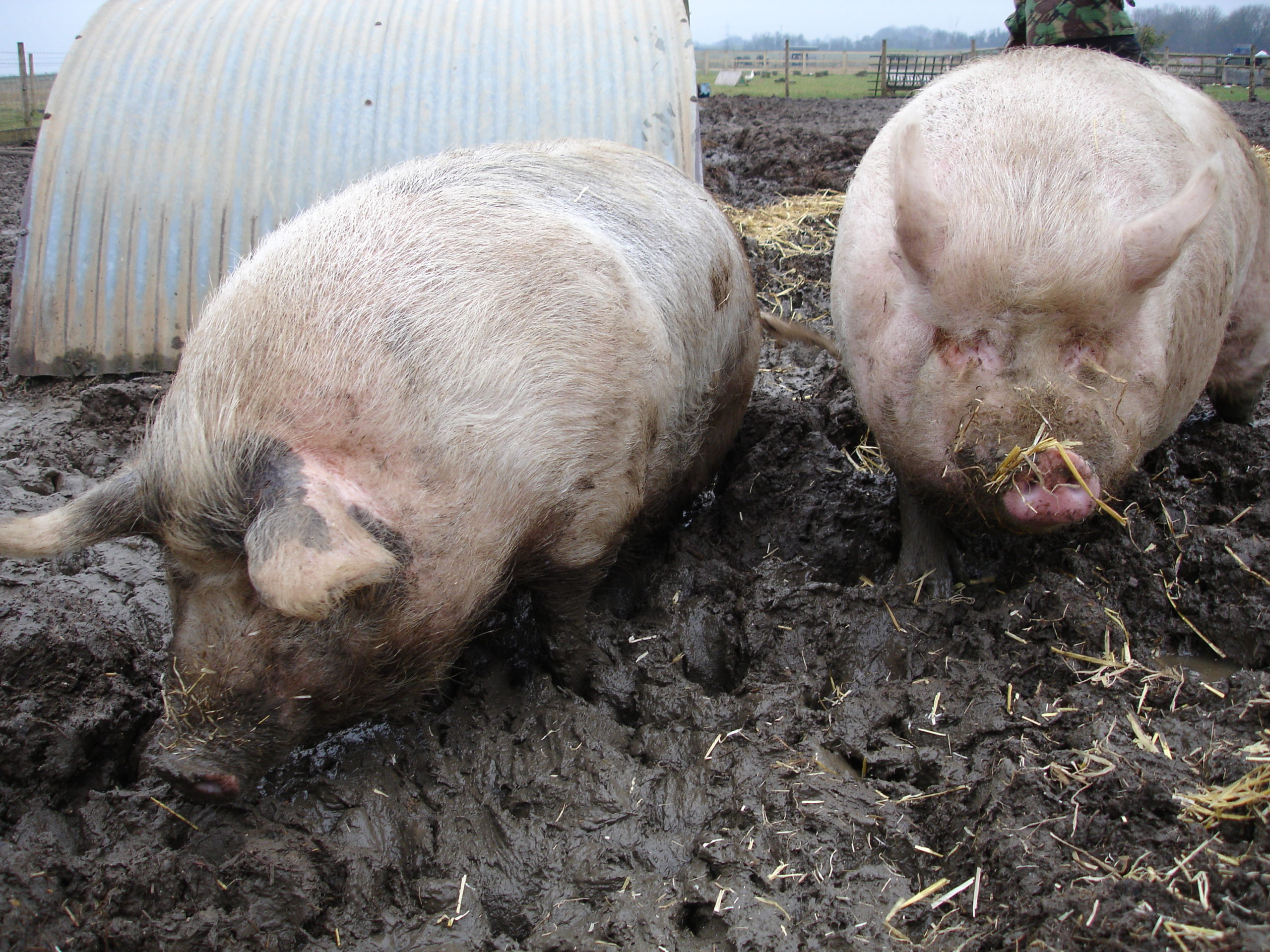 While the world is embroiled in human scandals, prolonged political and geo-economic breakdowns, wars and worse, the crises in the natural world and those affecting animals farmed for food are huge. Yesterday, we learned that a quarter of the world’s pig population will die of African swine fever (ASF) this year. That could be up to 350 million animals in China alone—more than the entire human population of the US. And official figures reveal that over a million pigs have already been culled, which could be an underestimate. It is tragic to consider such enormous loss of life.

ASF is a terrible disease. The virus, for which there is no vaccine or treatment, can cause death in almost all pigs and wild boar affected. Early stage disease can cause lack of appetite, lethargy, high fever and sudden death. Clinical signs in later stages include red skin patches, diarrhoea, vomiting, laboured breathing, red and swollen eyes, abortions, worsening of the disease, and eventual death.

The devastating disease is only transmitted between wild boar, domesticated pigs and ticks, and does not affect humans. In intensive farming systems, where monitoring of individual animals is minimal or non-existent and where close proximity, unhygienic conditions and suppressed immune systems facilitates rapid spread of disease, many more animals are affected than in more extensive systems.

ASF used to be mostly contained to Africa but in 2007 spread to Eastern Europe, central Asia and Russia, and in 2018 the disease was confirmed in Bulgaria, China, and Belgium. Further spreading is expected. Let’s go further back in time.

It’s 30 years since the publication of an important study into pig behaviour (Stolba and Wood-Gush, 1989). In 1978, domestic pigs were taken out of cages and kept on natural woodland, bog and similar habitat, and over 3.5 years, 13 groups of around 7 pigs and their offspring were studied. The researchers found that the behavioural repertoire was very similar to that of wild boar. Despite decades of intensive genetic selection for ‘production’ and ‘reproduction’ features, the pigs displayed natural behaviours.

During the last 30 years, animal behaviour and welfare studies have increasingly found that animals farmed for food are very similar in their needs and preferences compared to their wild counterparts. And they’re more intelligent and sentient than people used to think.

It is therefore a travesty to consider we lock them in cages, for months or years, without the ability to move much, if at all, let alone display a full array of natural behaviours. In addition, we mutilate them, usually without anaesthesia, and forcibly impregnate them, and transport and kill them in horrific ways. They experience pain, fear, distress, and disease. We subject them to growth hormones, and routine antibiotic use. We take away day-old chicks and grind up of males, and take away baby calves from grieving cows. Male calves (bobby calves) end up being shot or raised for veal. And we genetically manipulate them to such an extent that animals and birds can barely walk, get lame, die of sudden heart failure, etc. Or they suffer from or die of starvation, dehydration, hypo- and hyperthermia.

A pig’s life is rich in social interactions. Pigs are curious, intelligent and love rooting in the ground for edible treats. They take mud baths to stay cool and keep parasites away. They use separate ‘toilet’ areas, and build nests before giving birth. They use different grunts and communications for positive and other behaviours, and most love belly rubs. To learn more about the life of a pig who has a life worth living, check out Esther the wonder pig or Edgar’s Mission.

On World Vegan Day, please spare a thought for the plight of pigs. They do not deserve to die to satisfy people’s taste preferences. With an increasing range of vegan substitutes to animal products, including ‘bacon’, the switch to leaving animals off your plate is becoming ever easier. Appetite for a vegan BLT sandwich? Check out recipes and sign up for the Veggie Challenge at https://proveg.com/veggie-challenge/.