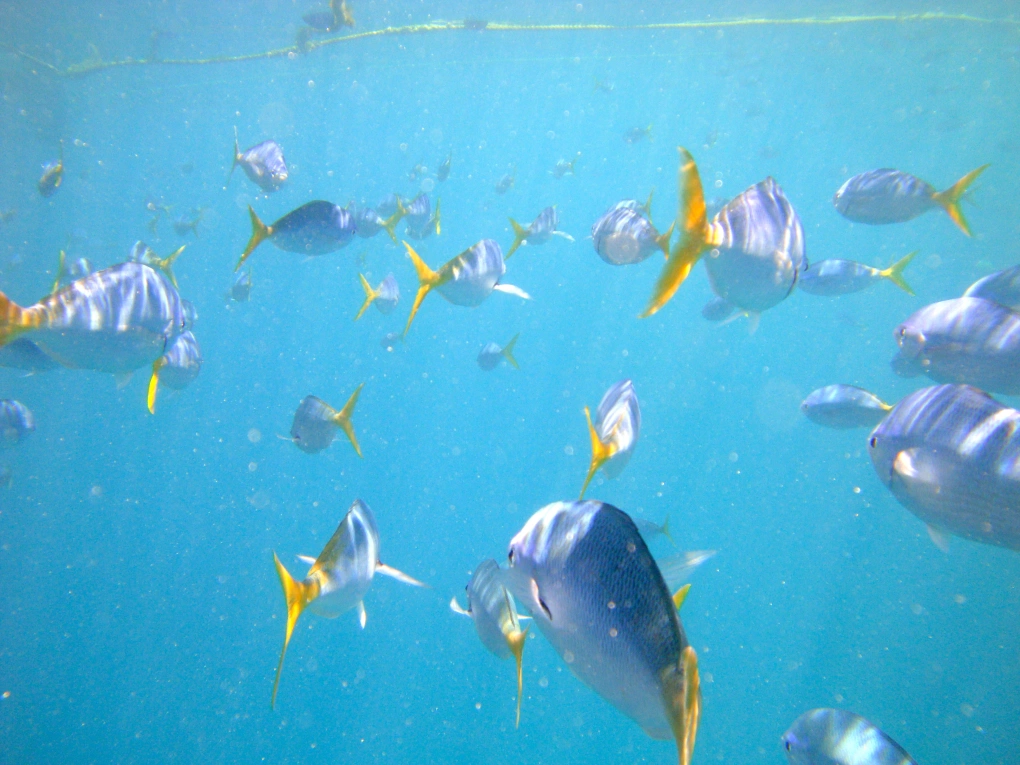 The EU and UK are prioritising fishing rights in the trade negotiations after Brexit. I would much rather see fishes’ rights being prioritised.

Fishing is morally bankrupt. The quota set by the EU barely take into account the severe overfishing that causes fish ‘stocks’ (i.e. populations) to become vulnerable, with some species being threatened or even threatened with extinction.

‘There used to be plenty of fish in the sea’, grandpa said to Felix at the Fish & Chip shop.

The oceans are polluted and getting depleted. Massive trawlers and huge fishing nets cause untold damage to seabeds and marine life. Fish suffer on an unimaginable scale—globally, trillions of fish and marine creatures are caught each year—through suffocation and painful catching and killing methods. Millions of animals, such as dolphins and turtles, get caught, are considered ‘by-catch’, and get dumped.

‘We found Nemo’, Felix heard Officer Octopus saying on a TV showing a DVD in the chippy shop. ‘He was floating dead on the surface.’

While marine life disappears, plastic ghost fishing gear remains. The vast majority of plastic in the oceans is not bottles, although that’s bad enough, but discarded fishing nets and lines. Millions of birds, fish, turtles and whales and dolphins choke, die of plastic accumulation in stomachs, and become sick and infertile.

‘Grandpa, why does that turtle have a tail sprouting from its snout?’ Felix asked, pointing at the TV, which was now showing a trailer for the series The Blue Planet, featuring a turtle wrapped in fishing ropes.

The global fishing industry doesn’t play by the rules either. More than half of the fish killed globally is caught illegally. Pirate ships roam and pillage the oceans, and there won’t be much left in 10-20 years’ time. Let’s urgently secure those EU fishing rights to speed up the great depletion disaster, shall we?

In addition to animal suffering and environmental damage beyond repair, hundreds of fleets operate on human slave labour. Some people have been kept on ships for years, and if they get sick or die, they too get dumped overboard.

One of the most exciting developments I learned about this year was cultivated ‘fish’ by Finless foods. I haven’t tried it, as I don’t personally miss eating fish but I believe it’s very promising.

Now is the chance to rethink fishing and securing short-term, but devastating, interests. Now is the time to invest in cultivated meat, fish and dairy, and to retrain fishermen to develop more lucrative livelihoods.