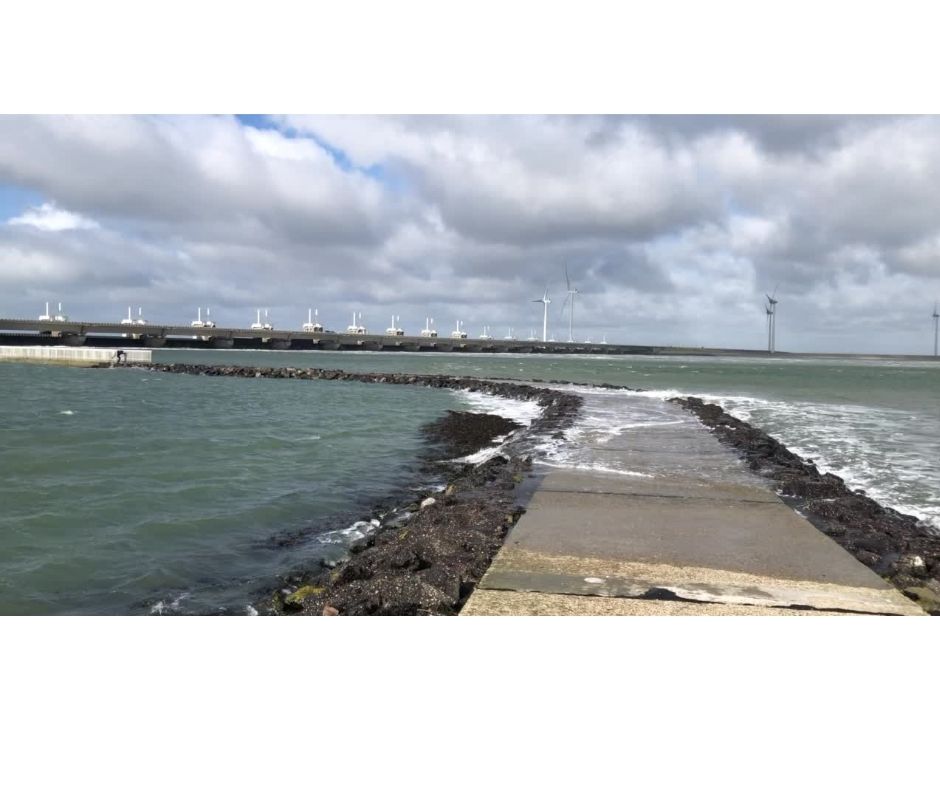 Throughout human history we have had an ambiguous relationship with water; we treasure it and our lives depend on it. We have traveled oceans and seas to reach destinations. We have harnessed tidal power using underwater turbines that generate electricity, and we need fresh water for our food systems. Yet it has also threatened us in many ways.

We are now living through unprecedented times of climate change, and the rise of water will be one of the main, if not the biggest, threat to much of life on earth.

2019 IPCC Special report on the Ocean and Cryosphere in a Changing Climate (Ch. 4)

Figure 1 shows the linear increase in the global sea level from around 1880 to 1980, after which the water level rose more rapidly.

In this article I describe two historical and two future likely rising water and climate events that have changed or will change not just human lives, but also planetary geography.

The British Isles were once connected to Europe (Denmark, Germany, the Netherlands and Belgium). The area is now called Doggerland. It comprised low-lying grassy plains where reindeer used to graze, which in turn attracted cave lions, sabre-toothed cats, cave hyenas and wolves, among other animals. Neanderthals also hunted and gathered there, and 50,000 year old tools have recently been found.

Around 10,00 years ago, Doggerland was around the size of England. Then, 8,200 years ago, an underwater landslide off the coast of Norway resulted in a tsunami, which covered the plains and cut Britain off the mainland of Europe. This seismic shift resulted in a submerged area where bones and artefacts have long remained hidden on the seafloor. Over recent centuries, a number of bones, tools and fossils have been found, including in the Dutch province of Zeeland. These paint a picture of how people and animals used to live, and many such artefacts are now on display in a Dutch national museum.

I am Dutch, and this reminds me of my grandfather’s ‘museum’ in his attic. As a child I wandered around the shelves of pottery that my grandfather, father and uncles had discovered in various places in Zeeland. Much of it was unearthed following the infamous North Sea flood of 1953. Nearly every Dutch person knows about the disaster, and the more than 2,550 (human) lives that were lost. Growing up, I thought only the Netherlands had been affected. However, while it did suffer the largest loss of human (and probably animal) lives, Scotland, England and Belgium were also affected by the disaster.

What made the natural disaster particularly tragic was that the majority of deaths could have been avoided. The flood caused a major rethinking of coastal defences, weather prediction and warning systems.

In the aftermath, the ‘Delta Plan’ flood defences were built, beginning in1958. One of the world’s largest flood defences, the Delta Plan is a series of storm surge barriers in southwestern Netherlands. In the sixties and seventies, ecologists tried to stop the building of permanent sea barriers to save the Oosterschelde estuary ecosystem, which is rich in biodiversity, and dependent on tidal rise and fall, which permanent sea barriers would prevent.

Following years of debate and the development of high-tech engineering solutions, the building of the ‘Neeltje Jans’ (storm surge barriers) commenced in 1979 and was completed in 1986. The barriers are operated using a hydraulic system of 62 huge metal doors that are only closed when the sea level rises 3 metres above the average sea level (expressed as Normal Amsterdam Level or ‘Normaal Amsterdams Peil’ in Dutch). Keeping the barriers open allows for ongoing tidal flows in and out of the Oosterschelde, protecting the ecosystem.

Visitors can experience standing above the barriers, and see and hear the rushing water below them, and learn more about how it was built. The Netherlands now seems fairly safe against the risk of current sea level rises. But what will happen in the next 30-80 years?

According to three very recent reports, rising temperatures can have dramatic consequences. First, late December was exceptionally warm in the Northern hemisphere, including in Alaska, US, where the air temperature at a tidal gauge (near Kodiak Island) hit 19.4℃ on 26 December 2021. The unseasonal and unsettled weather caused ice issues and treacherous conditions for people and animals. And this is just the start; in 40-50 years time, there may be more winter rain than snow in the Arctic region, which is almost unbelievable.

Second, the Himalayan glaciers are melting at an “exceptional” rate because of global warming. They are shrinking far more rapidly than glaciers in other parts of the world, and in the past 40-50 years ice has been lost at a rate that is at least 10 times higher than the average rate over past centuries. They have lost roughly 40 percent of their area in the last several hundred years. And the Himalayan mountain range is home to the world’s third-largest amount of glacier ice, after Antarctica and the Arctic. Nearly two billion people depend on water sources from the glaciers and rivers fed by them. Millions more animals do too.

Twelve years ago, the then Head of the Intergovernmental Panel on Climate Change (IPCC) apologised for a claim in a 2007 IPCC report that the Himalayan glaciers could melt away by 2035. The source had been discredited. Even though the scientific standard of that claim was not as rigorous as it should have been, the latest evidence indicates there could be some truth in that prediction. Possibly not quite as soon as 2035, but who knows. It could be 2040, 2050 or perhaps a bit later, towards the end of the century, but still, the prospect of disappearing Himalayan glaciers is frightening.

Third, the 18 December 2021 headline “Scientists watch giant ‘doomsday’ glacier in Antarctica with concern” sounds dramatic, and it certainly will be if and when the Thwaites Glacier – one of the biggest in the world – breaks off the Antarctic ice sheet. This may happen within the next five years. It would raise sea levels worldwide by more than half a metre, which would submerge thousands of low-lying islands and wipe out coastal communities. Already, nations like Bangladesh are faced with rising sea levels that destroy crops and livelihoods of millions of people.

Melting glaciers and collapsing Antarctic ice sheets could be one of the world’s largest threats resulting from climate change, alongside massive flooding events, warming temperatures, which in turn increase the risk of thawing permafrost and the release of methane, and further feedback loops that exacerbate global warming, droughts, and other extreme weather events.

We may have just a few decades (if not less) to prevent irreversible ice loss. The world must take urgent action now to stay below 1.5℃ global temperature rises. The COP26 announcements and National Determined Contributions (NDCs) – the climate action plans of nations – do not go far enough. We are currently looking at possible 2.4-2.7℃ warming above pre-industrial levels by 2100.

We must all take climate action in 2022. We cannot wait for ‘our leaders’, businesses or nonprofits to take the lead and shoulder responsibility. Many of them won’t, and if they do, the actions will not go far enough.

I remember a Dutch 1990s environmental slogan ‘A better world starts with you’. It still rings true. Actions to curb fossil fuel use is everyone’s business. And our food system emits too many greenhouse gases (GHGs). The latest estimate is that the livestock sector was responsible for 20% of the total amount of anthropogenic GHGs emitted in 2010! Visit DietChangeNotClimateChange.com for more information.

Let’s do all we can to reverse climate change. Our children and grandchildren would appreciate it, and we owe it to the billions of other animals on the planet too. Thanks for playing your part!

The Rise of Water