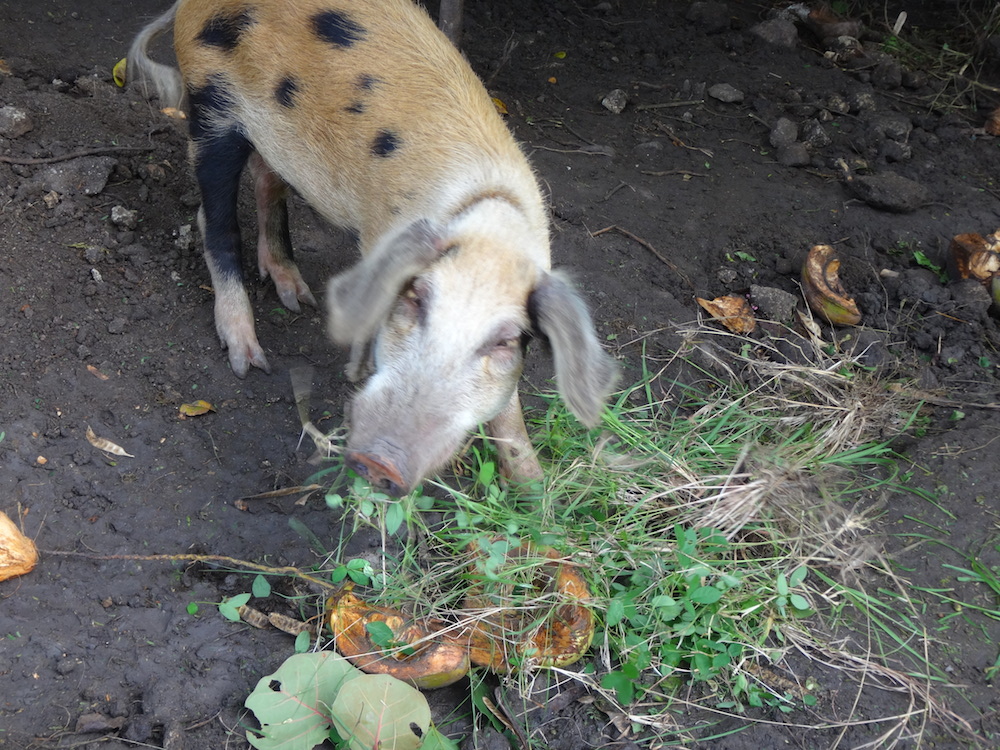 I have been privileged to be staying on St Kitts for nearly 4 weeks. Sadly, I’ll be flying back to the UK tomorrow evening. It’s been a great opportunity to work remotely with the world’s best office view (see below) and have time to relax, have adventures, enjoy the amazing wildlife and the occasional rum punch or other cocktail.

Of course there were the daily household chores, and helping my partner, Andrew, to move back to the UK after having worked here for over 1.5 year. But I will be sad to lose this view, and all the outdoor opportunities. Vegan life on St Kitts is somewhat more challenging than being in the UK or USA. While most food can be bought from the supermarket, it can be screamingly expensive as a lot of it is imported from the UK or North America. It is hard to find cereals without honey, and a bag of gluten-free (the only honey-free) muesli is a Waitrose-branded 500g bag for 37 East Caribbean Dollar – a whopping £9.25! Oops! I guess I should have stuck with porridge…

Even a lot of fruit is imported, whereas I can see papayas growing right outside the apartment (out of reach). Unfortunately, it was the wrong time of year for native mangoes, which are really sweet and tasty. So I’ll have to come back!

When eating out, veganised pasta is usually available, and there is Indian cuisine on the island (which we didn’t go to this time). We bought Ital food (vegan Rastafarian) twice, which was really nice. We were invited to a posh restaurant on the peninsula last week, where Andrew and I decided to do a little salsa dance between courses. Andrew has had classes since January and expected me to follow in just a few training sessions, and it was surprisingly fun.

Sadly, I didn’t do much of that! I was also hoping to visit St Eustatius or Saba, the Dutch Antilles, which are visible from here, but unfortunately, there were no ferries and flying was too expensive.

So tomorrow I’m heading back to a cold, dark and probably wet UK. However, I will treasure the memory of this beautiful place for a long time.

Vegan in the Caribbean